9 Reasons Why Upgrading To Drupal 8 Is A Good Idea 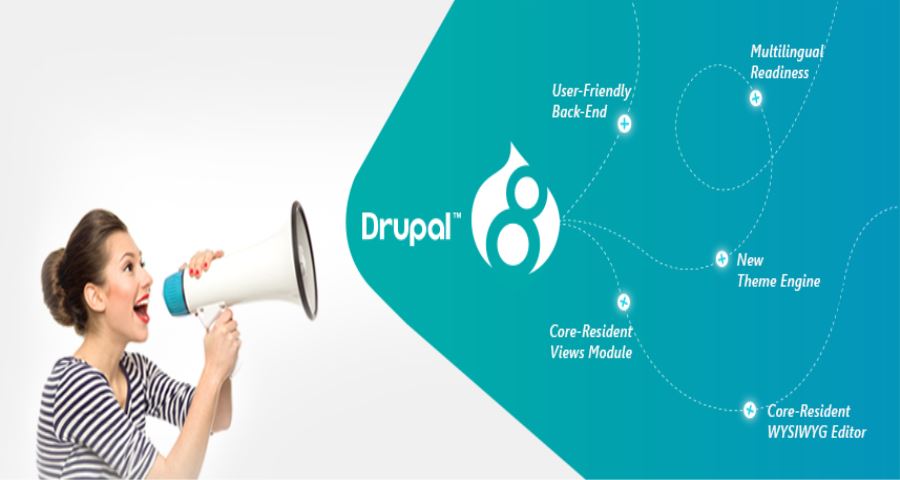 Still Using Drupal 7? Here is Why You Should Consider Upgrading To The Newer Version.

Drupal 8 has been making waves way before its launch in November 2015. Now, almost a year later, there still exist several websites which have not been updated to the latest version. The reluctance of website owners to upgrade, mainly, has stemmed from two reasons:

1. Owners are simply not aware of the powerful features of the new version.
2. Several contributed modules have been incompatible with the latest version.

A Better Theming Engine:- Theming engine is a medium through which a theme interacts with the Drupal core. The new version offers an improved theming engine called Twig which is faster, more secure, extensible, and flexible.

In-Built Responsiveness:- All themes of the new version are responsive, ultimately reducing the time, work and, money to make a theme responsive. Moreover, the admin toolbar provided by the new version is also responsive, making it easy for website owners to administer their site from their mobile devices.

Better Security:- The Symfony framework and the secure theming engine,Twig offer a better overall security to a site built on Drupal 8.

Simplified Authoring:- The process of authoring has been simplified with the provision of a WYSIWYG editor in the core of the latest version which was previously a contributed module for other versions.

Faster Edits:- The new version makes it possible for admins to edit site content from the front-end of their website, paving way for faster edits.

Use Of Latest Technologies:- The latest version makes use of the latest technologies in the market, aligning itself to the standards of PHP 7 and employing excellent external libraries such as Composer, PHPUnit, and Guzzle.

Automated Testing:- The front-end JavaScript code of a Drupal 8 Website can be automatically tested, thereby, saving the time of your testing team.

Better Accessibility:- The latest version comes with a stronger support to WAI-ARIA, making it possible for the creation of more accessible websites.

Considering the above-mentioned Features of Drupal 8, upgrading your website to the new version will certainly prove to be beneficial.