A Complete Understanding of Site Studio For Drupal Web Development 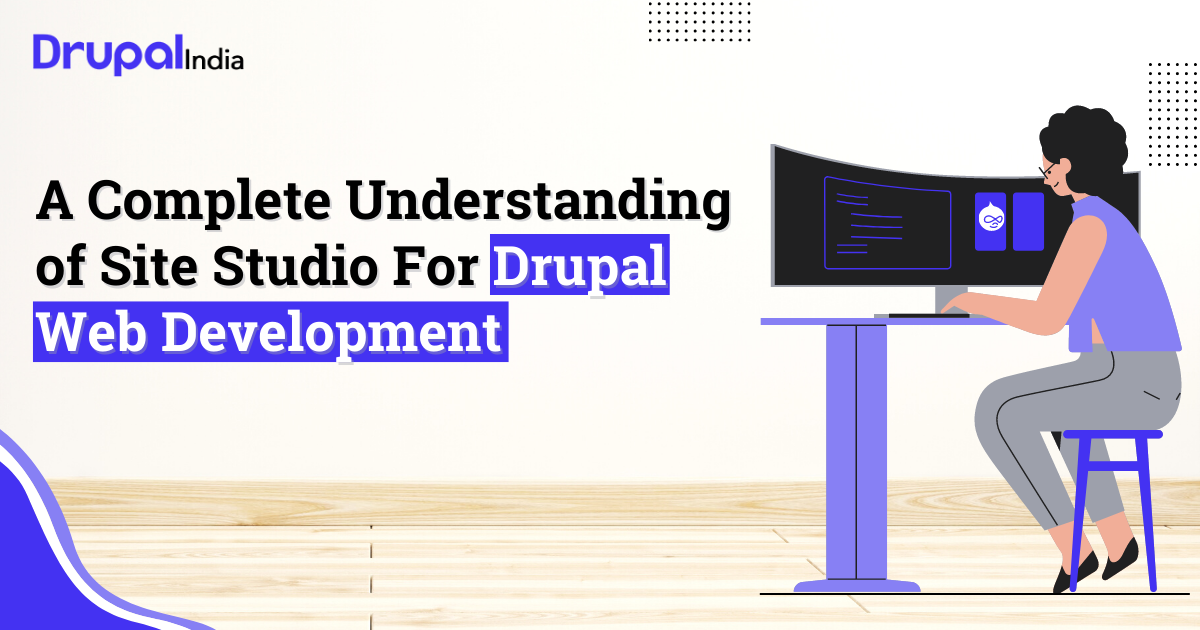 With so many products and services available to help with your website needs these days, it can be difficult to sort through all of the options and determine the best solution for your business. We do a lot of work with Drupal and Acquia site studio products and services at Bounteous. We have spent a lot of time this year working with Site Studio, creating training materials for clients, creating resources, and working on various projects.

Let us take you on a quick tour of Site Studio and explain why it’s ideal for your next project.

What Is Site Studio?

Site Studio, formerly known as Cohesion, is a Drupal product that simplifies the creation of component-based websites. Site Studio moves the Front-End theming layer to the UI, giving content editors and marketing managers more control over their sites than ever before. It introduces a new site-building paradigm that is far more efficient than traditional construction methods.

The tools and features included with Site Studio provide an excellent foundation for client-side developers to contribute to a build from the start. Site Studio’s low-code nature isolates content editors from the Drupal backend, allowing developers to focus on the overall content editing experience they’re creating. It also allows your expert Drupal developers to create more elegant, performant, and powerful sites in half the time.

Site Studio was created to be low-code. For different systems, this can mean a variety of things; however, in the context of Drupal, this is an important point to emphasize. Drupal has its own hooks and other functions that make it a very powerful but also highly customizable CMS. To be able to use these ideas and functions correctly, however, some skill is required, which a developer who has never worked on a Drupal site is unlikely to have.

The DX8 UI Kit provides Site Studio with a plethora of predefined components and styles. Following the initial setup, developers have immediate access to over 50 different components such as sliders, cards, accordions, and more. While all of this is useful at the outset of site development, Site Studio takes it a step further. Every component included with Site Studio is extendable. Not only does this enable developers with no prior Drupal experience to create rich editing experiences, but it also provides a significant head start on almost any component the developer is tasked with creating.

There is an important synergy to emphasize here for all Drupal development companies. One of the main benefits of using Site Studio on any project is that it comes with wonderful and simple-to-use features right out of the box. But, at the end of the day, Site Studio relies on Drupal as its backend, and we as developers must ensure that things are done correctly and that the overall health of the application is prioritized.

The beauty of Site Studio is that it takes popular Drupal features and simply extends them rather than rewriting them. There is essentially no more complexity in debugging, testing, or deploying Site Studio sites by utilizing these Drupal strengths.

Continuous development and improvements, as with any Drupal Module, are required to keep your module relevant and in use. We’ve seen a lot of progress since we first got our hands on Site Studio in early 2020. We began with version 5.7.9 and are now on version 6.4.0. The following are some of the notable enhancements.

How much does Acquia Site Studio cost?

Is Acquia the same as Drupal?

What’s the difference between Acquia and Drupal? Acquia is an open-source digital experience company that provides an open DXP. Drupal is the leading open-source web content management system.

What is the Acquia site factory?

Acquia Cloud is the only Drupal cloud hosting platform that’s built for Drupal developers by Drupal developers. With Acquia Cloud, you get powerful, easy-to-use tools to build Drupal-based experiences, automate workflows, and monitor and optimize your sites.

Do you have any projects in your mind related to web development?