A Quick Look at Drupal 9: What to Anticipate From the New Release 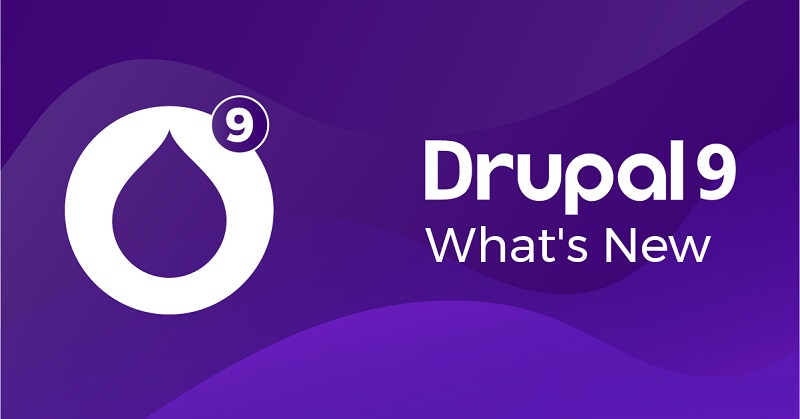 The new versions of technologies make your product efficient, safe, feature-rich, and in line with modest trends. This is extremely helpful in the context of web portals. If your website is on Drupal, then what is the most recent version to update it? The latest version is Drupal 9, which is released on 3rd June 2020. So, it would be essential for enterprises to upgrade to accomplish full functionality. Also, it can be beneficial to retain the capability to get the security updates in by-yearly cycles.

Previously, migration from one to another has been similar to transferring from another CMS to Drupal, carrying more time and effort. If you are looking for the right Drupal migration company that can help create a robust website for you, you can contact the right expert.

But the upgrade from Drupal 7/8 to Drupal 9 is painless and easier. Here, we will be discussing everything about Drupal 9 new features and why it is a better choice for enterprises and business owners.

By the end of life getting Drupal 7 and Drupal 8 soon, running the site on them efficiently and with full functionality will not be a possible choice.

Simultaneously, it can be overwhelming for Drupal 7 or Drupal 8 website owners. They should know that their site will require an upgrade when their site is running fine. So, it can result in lots of confusion among them.

Here are three major reasons why you need to consider upgrading your website to Drupal 9:

The security team of Drupal will no longer offer support or security advisories.
Drupal 7 and Drupal 8 releases on all the projects will be labeled as ‘not supported’. Drupal 7 and Drupal 8 will be flagged as insecure in third party scans. This can make integration with other tools and systems.

Prominent hosting service providers like Pantheon and Acquia will also withdraw their support from Drupal 7 leaving you without numerous alternatives. But to assume hosting measures to maintain your app and server-level configurations. You can hire Drupal developers to get the most extreme benefits of Drupal.

Should a Drupal 7 Website Be Upgraded to Drupal 8 or Drupal 9?

The one big reason that over seven hundred thousand Drupal 7 websites still haven’t migrated to Drupal 8, is because of the familiar challenges in the process of migration.

Hence, with lots of individual on Drupal 7, it is obvious that some of them didn’t want to upgrade their CMS.

A secure bet seems to be migrating from Drupal 7 to 8. Yet, will the website be safe and secure? Let’s understand something better.

Since Drupal 8 and Drupal 9 are the same except for deprecated codes eliminated and 3rd party upgrades in Drupal 9. It would be a perfect option for businesses to migrate to Drupal 9 rather than Drupal 8. It will help you to save them from going through a similar process and investing money, time, and efforts unreasonably.

There are innumerable abilities included in Drupal 9 that can be efficiently updated biannually to aid businesses to remain up-to-date.

Well, once you upgrade your site to Drupal 9, will not require to make some major changes once you update it to a new version.

Here are several new abilities that are included in Drupal 9 –

Drupal 9 is friendly with its precursor, Drupal 8. It is being said, Drupal 9 will be capable to utilize configurations, modules, and data composed on Drupal 8 of the same program, similar to the case with Drupal 7 and Drupal 8.

Also, preserving this feature will not pressure on Drupal alongside historical baggage. With this, the system performance will stay unaffected. The Drupal community has additionally concentrated on breaking the code, not the data. In this way, Drupal will stay clutter-free, fast, and up to date technology. You can get in touch with the best Drupal development services to create a beautiful and engaging website to boost your business.

Drupal 9 technology has taken it further to increase its support for responsive images. So, mobiles can showcase the best-sized pictures and thus consume a few amounts of data.

Drupal 9 has eliminated the support to deprecated codes in Drupal 8. This integration will assure that the code labeled as deplored will no longer be supported and utilized in the Drupal environment.

The goal behind this is to make Drupal 9 a cleaner version. So, whenever the modules in Drupal 8 need to become compatible with Drupal 9, they have to remove the deprecated code.

Hence, the result is clear to make the code nimbler and enhance the performance of the website.

Newer Versions of Twig and Symfony

Symfony 3 will be replicated with Symfony 4 or Symfony 5 after Nov 2021. Additionally, the Drupal community can present an upgrade to Twig 2.0. These updates will result in increased performance, enhanced developer experience, and maximized security.

Panelizer Will be Replaced and Removed

So, what is new in Drupal 9? Thus, the Panelizer will be replicated with the Layout Builder. It is the star module of the time.

Drupal 9 creates a transformation in the way the core team manages releases. The objective is to upgrade for most CMS Drupal users. Thanks to built-in regressive compatibility. If you are already utilizing Drupal 8, the upgrade will need to go easily as long as your modules are updated. Also, you are not utilizing the deprecated code. So, if you looking for a Drupal 8 website development company, you can get in touch with us.

What are the benefits of Drupal 9 over Drupal 8 or even Drupal 7?
Drupal 9 signifies the result of all of the functions created across the course of Drupal 8, on a leaner, and cleaner codebase. This upgraded technology positions Drupal 9 to keep Drupal 8’s trend of the constant invention with noteworthy functions released every six months.

Is Drupal 9 hard to use?
The short response is No. The long answer: Drupal turns more user-friendly with every update. So, we have come a long way since we begin around 20 years ago—and this modest version is no exception. Drupal 9 takes the wonderful technical power of Drupal. Also, this makes it more accessible to reliable users through enhancing utilization.

How do I know if Drupal is right for my digital needs?
If you are looking for building the extremely best digital experience for customers with functions like multi-channel publishing, reusable content, and personalization, Drupal is the right choice.

Migrate your existing website or application with Drupal 9 – A convenient solution.