The Open Source Initiative celebrated its 20th anniversary in 2018, a significant achievement for the global non-profit dedicated to increasing awareness and adoption of open source software. The open source movement has gained tremendous traction in corporate computing since its inception. In recent years, open source has also made a clear path toward government website development.

Drupal is a well-known open-source platform. Drupal, created by Dries Buytaert in 2001, became a sensation when it was used to build a network for Howard Dean’s Democratic primary campaign in 2003. Drupal has come a long way since then, and it is now used by more than 100 countries for its government websites. 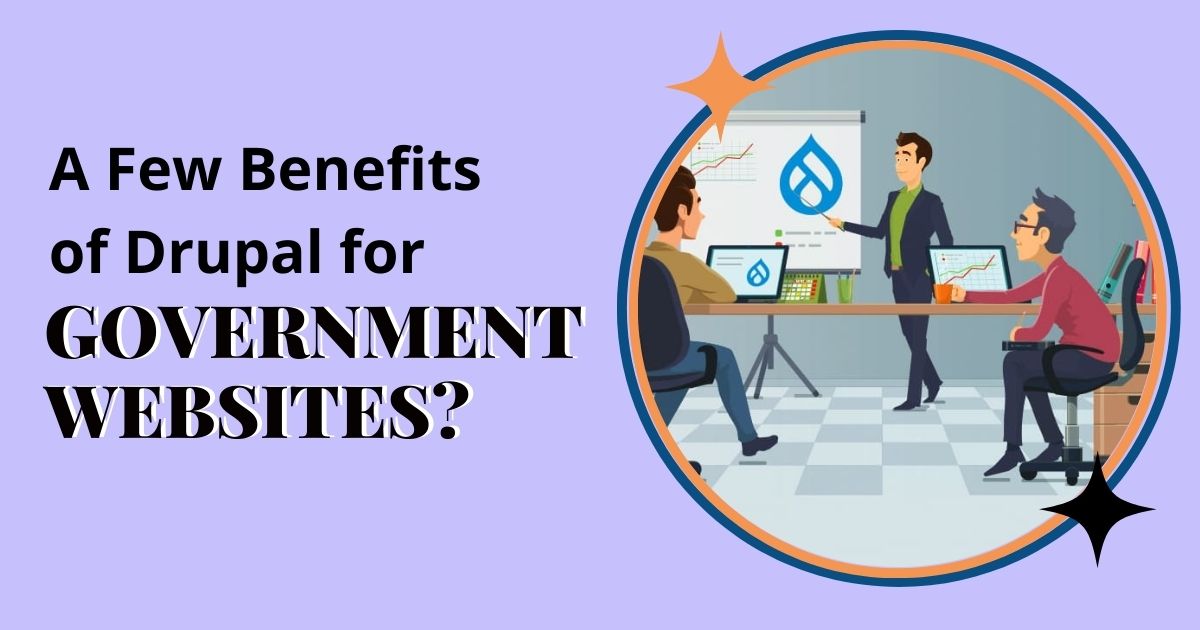 A Few Benefits of Drupal for Government Websites

What is it that makes Drupal CMS best equipped to handle the distinct process of government website development or digital transformations?

Drupal can easily and freely integrate with a wide range of third-party tools, services, and solutions, both open-source and proprietary. Continuous upgrades and a large community enable developers to eventually integrate tools that they could not previously integrate.

The Drupal community considers security to be one of its top priorities, which has resulted in the contributions of several security modules that handle passwords, logins, and captcha, as well as a distinct Security Working Group that focuses on the core and ecosystem’s dependability.

The CMS offers several types of support, including multilingual support with over a hundred built-in languages and a few extra translation modules and features. Furthermore, multi-site support allows you to manage multiple sites on a single platform that have the same functionality but different content objectives.

Another critical factor in government websites is the ability to handle rapid traffic surges without performance degradation. Drupal’s scalability, combined with advanced caching and boosted databases, allows the website to remain stable even after major events that result in overcrowded pages.

Numerous built-in editorial tools aid in the management of the content workflow – creators can easily create, revise, change, view, approve, and publish large amounts of content that public sector pages are known for. Drupal also provides the ability to add layers and structure to any content element.

Other major Drupal benefits include:

A good website content management system can assist government websites in establishing citizen trust, providing relevant and timely information, maintaining solid security, and making the most of limited budgets. At Kanopi Studios, we believe that Drupal for government website development is an especially strong option, which is supported by the fact that governments in over 150 countries have chosen Drupal to power their digital experiences. This includes major US sites such as The White House and NASA.

A Drupal developer is someone who works with PHP and other server-side languages a lot. They create custom modules, run automated tests, use web services, and automate deployment, among other things. They may also be referred to as “backend Drupal developers.” They may also become involved in some of the more advanced aspects of the theme layer.

What is Drupal in software development?

Drupal is a free and open-source content-management framework that can be tailored to simple websites as well as complex web applications.

Is Drupal front-end or back-end?

Headless Drupal is a method of developing Drupal websites in which Drupal acts as the backend content repository. The front end is built with various technologies and communicates with Drupal through an API. The backend system, as shown in the graph, is Drupal.