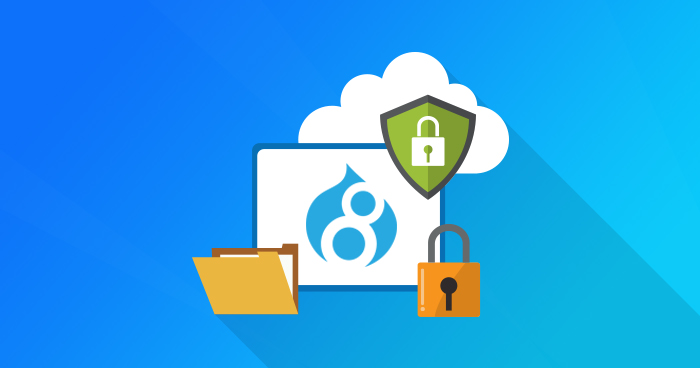 Drupal has been popular for quite some time as this is the oldest CMS out in the market. Several governmental organizations, industrial organizations, educational institutions are using Drupal as their CMS for content management, and website management. Many World’s Best Drupal Developers believe that Drupal is the most secure CMS platform in the world. And it should be number one as it has been in the market for so long, that the Drupal 8 Community is familiar with every threat out there and knows how to tackle them. Website security is one of the major aspects that every organization considers in order to grow their business. Any type of indecent exposure of your website may offer the attackers an open invitation to hack into your system.

Up until now, Drupal 8 was the biggest update drupal has ever released. Though, it was not popular for this reason but for the strong security support it offers. You can check the vulnerabilities statistics of Drupal, based on its version from the internet. But still, many merchants are in doubt regarding how much, or whether Drupal is safe or not. Being a leading Drupal CMS Development Company, we’re here to help you understand why Drupal is deemed as the best and most secure CMS in the world.

Drupal 8 has grown significantly and so has its community of developers and users. It is recorded as one of the largest communities and the most engaging communities around the globe. Approximately 1M people who are either developers, designers, strategists, trainers, and more are connected with this platform. The larger the community, the better the technology gets. This level of support from the community allowed Drupal to continuously enhance the functionality, review the code, and shape the technology.

Hence, allowing the Drupal Developers to deal with the vulnerabilities promptly.

Security Standards are Set by OWASP

The Drupal CMS is designed in such a way that it meets all the standards of the Open Web Application Security Project(OWASP). This organization has been active since 2001 and has been sharing the best practices since then. They also have shared a list of threats that can affect the system. And without a Doubt, Drupal has been complying with this set of instructions since the beginning.

Drupal core is designed with a much cleaner code and it undergoes a number of pre-reviews before making any announcements. Furthermore, Drupal’s community is so large that the core is audited by the community and by a dedicated security team more than any other core available in the world.

They thoroughly review every module of the update to make sure that every core meets the standard security standards, then afterward they’d release the update.

Passwords in Drupal are secured with a method called salting. Salting a safeguarding method that is used to store passwords, the stored password is known as salts. The password then undergoes a series of cryptographic hash functions. This makes the passwords more complex and safer and the process of hacking more complex.

The security is then further enhanced with the help of components that support SSL Certificates and 2-factor Authentication adding multiple layers of security on the core.

Drupal offers separate control of access to a different set of users. For example, you have created multiple user accounts and have allocated different roles to them like Author, Writer, Editor, and Admin. Now, what Drupal does is that it creates a different set of instructions and functions for every particular role allowing them to use some features of Drupal and restricting the use of important features like backend editing and more. It gave all the access to the admin and limited access of tools to users based on their roles.