Drupal 9 Release: How & When to Upgrade Your Web CMS 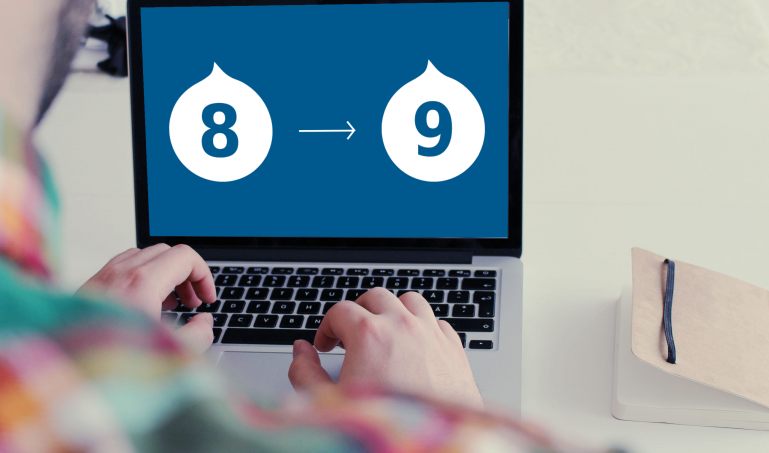 Developers and website owners around the world are gearing up for upgrading to Drupal 9. The new version of the web content management platform will be released soon. Drupal 9 will have all the features of Drupal 8 plus some significant improvements. Drupal migration to the latest version is not automatic. You must install and upgrade from Drupal 8 to 9. In this blog post, we’ll offer step-by-step tips for upgrading your web CMS solution without any hassle. Keep scrolling to get all the tips.

Many software experts would suggest you against installing the initial versions of major software releases. This is because many early versions don’t have all the features that will eventually be introduced. However, that’s not the fact in case of the forthcoming version of Drupal.

Since there’s no feature that you would miss by upgrading early, you shouldn’t wait after the initial release. Drupal 9.0 core code completely matches with the recent version, Drupal 8.9. The only major changes in terms of codes are the removal of deprecated code and third-party dependencies. Some other notable changes in the Drupal 9 include:

Useful tips for upgrading to Drupal 9

Before upgrading to the newest version of Drupal, make sure that your contributed modules are compatible. The upgrade path for Drupal 9, unlike its previous versions, is comparatively easier. So, if you work on Drupal website development, you can adapt to the new version quickly. Here’s a list of some other important tips for installing Drupal 9.

We have mentioned earlier in this blog that Drupal 9’s core code is similar to Drupal 8.9 except deprecated parts and third-party dependencies. If your website doesn’t have deprecated codes, the upgrade process will be easier. Since you don’t have to remove any code from the core, the upgrade wouldn’t take much effort.

Keep your website modules updates to make sure that you don’t lose them after installing Drupal 9. Except for updated dependencies, Drupal 9 doesn’t have any major new features. If you are considering Drupal migration, starting with Drupal 9 would be great. But keeping your modules updated saves you from the risk of losing them. The new version will support various security fixes after the support for Drupal 8 ends. Drupal 9 upgrade for contributed modules will depend on module maintainers.

If you own a customized Drupal platform, use the deprecation checking and correction tools to locally fix issues. Tools like Drupal Check and Rector are available for checking deprecated codes. Additionally, you can also use an integrated development environment to manage the deprecations.

It is important to note that deprecated is just the status of the code created by developers. It indicates that a better version should be used instead of that code.

Conclusion: Gearing Up for Drupal 9

Besides removing the deprecated code of Drupal 8.9, you need to plan your installation and upgrade process. This includes, among other things, pre-installation auditing and code refactoring. Then you need to address third-party dependencies that require newer versions. If you use contributor modules or customized codes, you need additional efforts. Drupal 9 requires a new version for dependency. It’s better and wiser to plan everything beforehand so you can complete the upgrade process swiftly. You can also hire Drupal developers to make things easier and more efficient.

At Drupal India, we help clients to seamlessly upgrade as soon as a new release is available. With an experienced team of developers and Drupal experts, we address every web solution needs, be it Drupal migration, or website development. For years, we have helped hundreds of businesses achieve their goals with result-oriented Drupal website development services. Follow our blogs to stay informed about everything Drupal.

Q. Is Drupal frontend or backend?

Drupal is a content management system. It enables you to manage the content of your website with an in-built templating engine. You can also use Drupal as a framework to design and develop your website. The best way to build Drupal websites is to hire Drupal developers according to your needs.

Q. How much does it cost to build a Drupal website?

Q. How long does it take to develop a Drupal website?

There’s no predefined time for developing a Drupal website. It varies widely depending on the features of the solution and its design. The best way to know an estimated time is to consult development experts. We deliver flawless Drupal websites in short development time.