What to look for before you hire a Drupal developer? 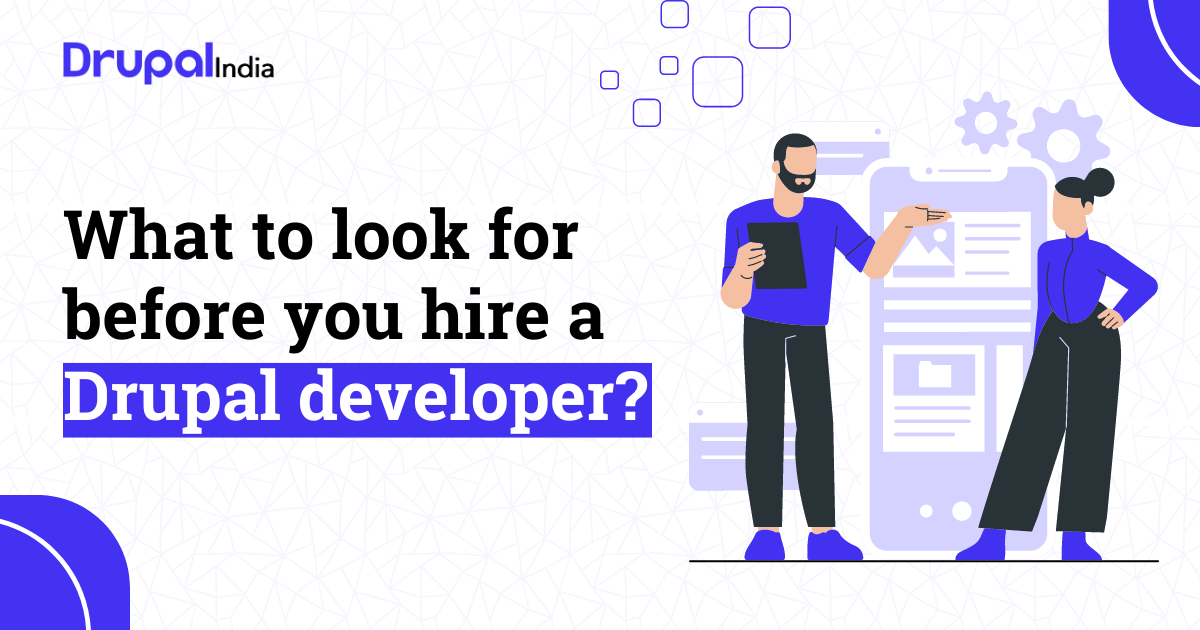 Drupal developers, also known as front-end developers, are experts in HTML, CSS, and JavaScript. He takes care to turn up a Drupal design into a functional theme. Another job title, Drupal Module Developer or back-end Developer, is in charge of server-side development using PHP or other server-side languages.

This guide will provide you with the best Drupal developer hiring strategies for your next project.

Drupal development is more than just coding. It is also necessary to have a thorough understanding of the Drupal platform and its ecosystem. That is why you should always seek Drupal programmers who have extensive experience working with Drupal websites.

Your dedicated Drupal developers must be able to communicate clearly with you and your team to be successful. It is critical to find someone who can understandably express their ideas while also listening carefully when others speak. To learn more, read about the significance of communication between developers and designers.

Because there are so many components that go into creating a Drupal website, Drupal development necessitates a high level of attention to detail. If the Drupal experts are not paying attention to those details, they probably will not have the best experience working with you and your team.

Your Drupal developers should also be able to solve problems quickly and effectively, ensuring that the project runs smoothly throughout its life cycle. Inquire about any issues they have encountered in previous custom Drupal solutions and how they dealt with them.

One of the most common mistakes businesses make when looking for Drupal developers is only looking for people who can do the job. However, it is also critical to hire someone who will get along with the rest of your team. This means they must be able to receive and give feedback and criticism. 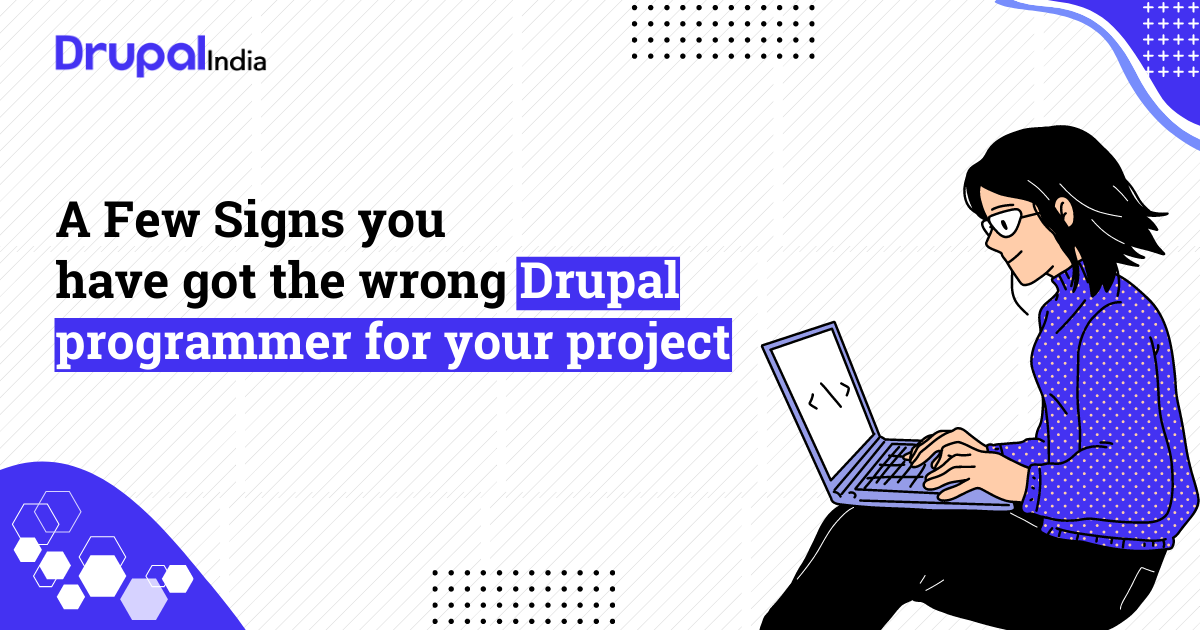 Git is a version control system that allows Drupal developers to collaborate on the same project without getting in each other’s way. If your Drupal developer is unfamiliar with Git, they will most likely cause issues down the road when multiple people are working on the same site at the same time.

If they don’t communicate effectively, there will be issues later on in development because no one knows what’s wrong until it’s too late. And if someone else discovers them before you, it could spell disaster! This includes ensuring that everyone understands the project, its goals, and what is expected of everyone involved.

If your Drupal developer isn’t concerned with details, you’re going to have a lot of problems down the road. Details may appear minor, but they can quickly add up and cause significant delays in the development process.

This is usually an indication that your developer either doesn’t understand your project requirements or is attempting to take advantage of you. In either case, it’s a bad situation that will irritate everyone involved. If this occurs, make sure to meticulously document everything so that there are no misunderstandings.

This could be a major issue in the future because it indicates that they are unwilling to collaborate with others, which is essential for any successful Drupal project. If this is the case, you should reconsider hiring a Drupal developer.

If your dedicated Drupal developers can’t seem to get their act together and meet deadlines, the project will be extremely long and frustrating for everyone involved. This is something you do not want to happen when working on a Drupal website.

If your Drupal developers are unable to quickly resolve issues that arise, the project will be delayed and everyone will be stressed.

If you want to get into Drupal Website Development and hire professional Drupal developers, you need to check the good qualities of Drupal experts while hiring. As a growing organization, you will be unable to make crucial decisions if you are not aware of current market updates.

If you are in the process of hiring a Drupal developers, the first and foremost thing you need to list down all your necessities and requirements. So, Drupal developers will not only accelerate the project speed but also assist you in using most of the resources available to you.

How much does Drupal cost?

A standard Drupal project with minimal custom development will take 6 to 8 weeks to complete and will cost between $30,000 and $40,000. Implementation costs can exceed $100,000 for Drupal sites with extensive custom development, multiple content types, and complex workflows.

A Drupal developer must regularly work with PHP and other server-side languages. Among other things, they write custom modules, run automated tests, use web services, and deploy software automatically. They also become involved in the more sophisticated aspects of the theme layer.

What is the future of Drupal?

Drupal 9, which was released on June 3, 2020, is dependent on Symfony 4, which has an end-of-life date of November 2023, and other important dependencies such as CKEditor 4 will also be phased out in 2023. People and organizations should have at least a year to prepare their Drupal sites for migration with Drupal 10.

Looking to hire the best Drupal developers? Talk to us!